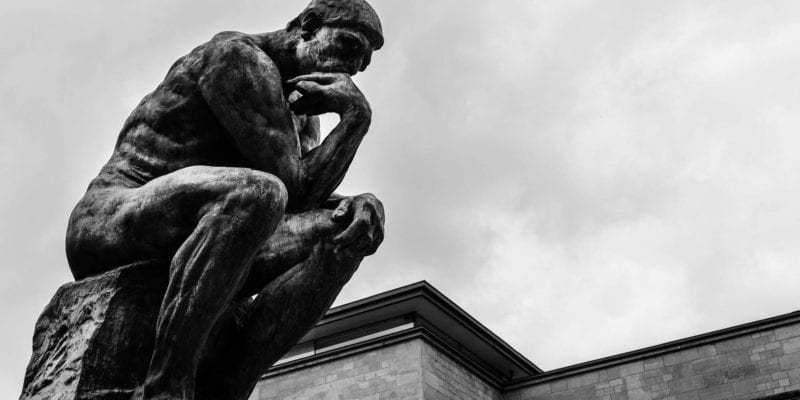 The Problem with Being a Problem Solver

See if this situation sounds familiar…

You’re working on a web project and you’re having fits with an ecommerce plugin. It’s supposed to do one thing and it’s doing another. You’ve tinkered, you’ve tweaked, but nothing you do has fixed the issue. So you google, and you try something – and it doesn’t work. You google again, and you try something else – and that doesn’t work. This process continues for hours until finally a piece of magic code solves the problem.

Now here’s where our nature as problem solvers becomes a problem in itself. When we finally find that magic code snippet, we’re thrilled. We celebrate. We pat ourselves on the back for a job well done and leave our desks with a feeling of immense accomplishment… when in fact we are unintentionally reinforcing a poisonous productivity habit.

Someone has said that your greatest weakness is your greatest strength taken to an extreme. Being a problem solver is no different. We love to solve problems so much that we don’t want to face a simple fact…

You don’t have to be the one to solve the problem.

Really, you don’t. As a matter of fact, insisting on being the problem solver can actually be a huge detriment to your business. Consider the scenario above. Wasting hours solving a small problem will kill your productivity.

Let’s say that your hourly rate is $100 an hour. If you spend 4 hours solving a niggling little problem, that answer just cost you $400. Was it really worth that much?

Yes, I realize that the problem certainly needed to be solved, but it’s likely you could have found the answer cheaper than what you paid with your investment of time (you need to view your time this way if you don’t already).

There comes a point when we hit a wall and it would be wiser to surrender the problem to someone with more expertise than we have.

As problem solvers we need to be honest with ourselves. There comes a point when we hit a wall and it would be wiser to surrender the problem to someone with more expertise than we have. That means having resources to turn to for quick answers when we need them.  None of us are proficient at every aspect of web development. It’s impossible. But all of us should have a short list of problem solvers who have the skills that we don’t.

Instead of spending four hours trying to solve a problem in the scenario above, what if you stopped about 20 minutes in and realized that you hit a wall. Instead of trudging ahead and wasting hours, you Skype your programmer friend who knows exactly what to do and fixes the issue in about 15 minutes. Say that programmer charges $150 an hour. The answer just cost you $75 instead of $400.

Now say that instead of going to a $150/hour programmer, you locate a few providers on Fiverr (or some other freelancer marketplace) who specialize in the ecommerce plugin that is driving you mad. You send a message to several of them describing the issue and asking for a quote. One comes back to you with a price of $25 (which is very realistic in this scenario).  Now your answer costs you just $25 instead of $400. See how this works?

Problem solvers don’t always have to solve the problems. Sometimes we just need to know the best way to find the answer.

Of course, this issue isn’t just about touching code. Maybe you’re great at that. But all of us have areas where we might have some competence, but not expertise. And as a result, we end up wasting time that would be more productively invested some place else.

What is your place of greatest expertise and what are the areas where you would be better served to hand things off?

How much productivity would you save if you self-imposed a 20-minute time limit to solve a problem before you outsource to an expert?

Problem solvers don’t always have to solve the problems. Sometimes we just need to know the best way to find the answer.

[takeaway]You don’t have to solve every problem. Be honest with yourself when you hit a wall. Set a time limit, and once you hit it, hand off the problem to an expert.[/takeaway]

4 thoughts on “The Problem with Being a Problem Solver”